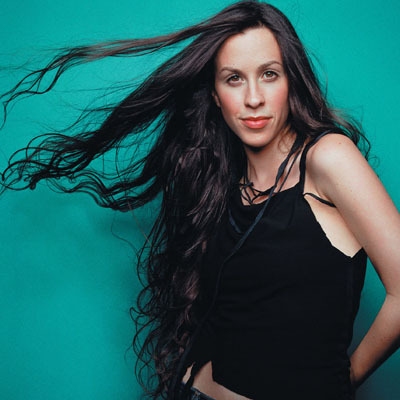 A former child actress turned dance-pop diva; Morisette transformed herself into a confessional alternative singer/songwriter, in the vein of Liz Phair and Tori Amos. However, she added enough pop sensibility, slight hip-hop flourishes, and marketing savvy to that formula to become a superstar with her third album, Jagged Little Pill.

The album gained attention upon its release in the summer of 1995 with the single "You Oughta Know". The single received heavy airplay from both alternative radio and MTV, sending the album into the Top Ten and multi-platinum status. The second and third singles from Jagged Little Pill, "Hand in My Pocket" and "All I Really Want", kept the album in the Top Ten. After releasing her fourth single, "Ironic", which proved to be her biggest crossover success, Morisette won several Grammy awards in 1996, including Album of the Year and Song of the Year. Morisette is currently on the Exile in America Tour with Matchbox Twenty and Mute Math and is due to release her new album "Flavours of Entanglement" on 20th May 2008.