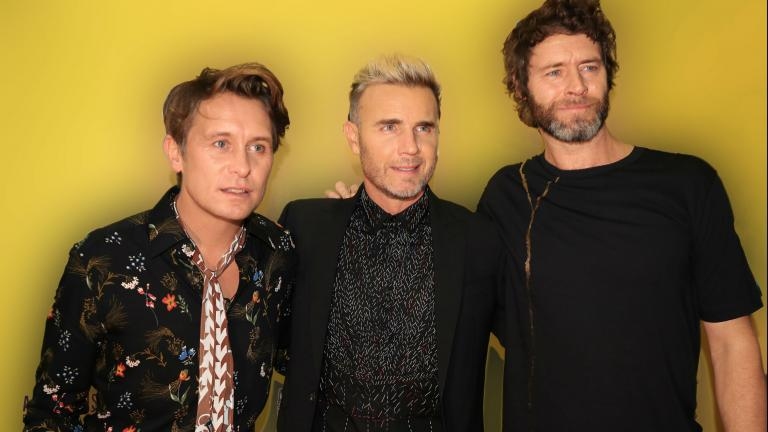 Take That are an English pop boy band consisting of members Gary Barlow, Howard Donald, Jason Orange and Mark Owen. After success in the 1990s as a five person act (including Robbie Williams), a reformed four man version of the band achieved new success in the 2000s without Williams.

Formed in 1990, Take That sold more than 100 million records between 1991-1996. Between the band's first single release in 1991 and their breakup in 1996, the BBC described Take That as "the most successful British band since The Beatles in the UK, beloved of young and old alike".