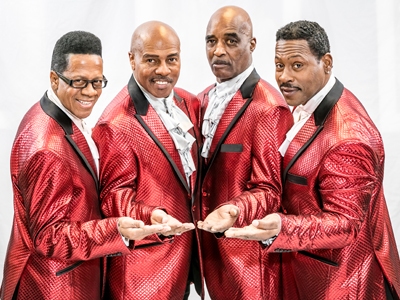 The Four Tops' story is one of longevity and togetherness: these Motown legends teamed up in high school and spent over four decades without a single personnel change. In between, they became one of the top-tier acts on a label with no shortage of talent, ranking with the Temptations and the Supremes as Motown's most consistent hitmakers.

Where many other R&B vocal groups spotlighted a tenor-range lead singer, the Four Tops were fronted by deep-voiced Levi Stubbs, who never cut a solo record outside of the group. Stubbs had all the grit of a pleading, wailing, gospel-trained soul belter, but at the same time, the Tops' creamy harmonies were smooth enough for Motown's radio-friendly pop-soul productions.
MAKE A BOOKING
GO BACK